“Which way do we go” said Jacques. “Left or right?”

At this point on our walk, Jacques and I had discovered that we had lived on the same street in Perth not that long ago. It isn’t a particularly long street, with a mix of flats and villas, old and new. The strange thing was, neither of us could ever remember seeing each other. We also found out that we shared a Northern Irish heritage. So in the space of a few minutes, there were connections. We walked at a good pace through Tulloch and in to Letham as the rain came down. A grey, dreich day in Perth, you’d think there might not be much to see.

We decided to go left up the path and walked up a steep hill. By this time, the step count was doing well. Jacques phone rang. It was a call from his daughter who was setting up lunch with his wee grandson. The conversation meandered into families – parents, children and partners.  At the top of the hill there was a tree, bare against the rows of houses but adorned with a knitted band covered with hands. It looked like a virtual hug. 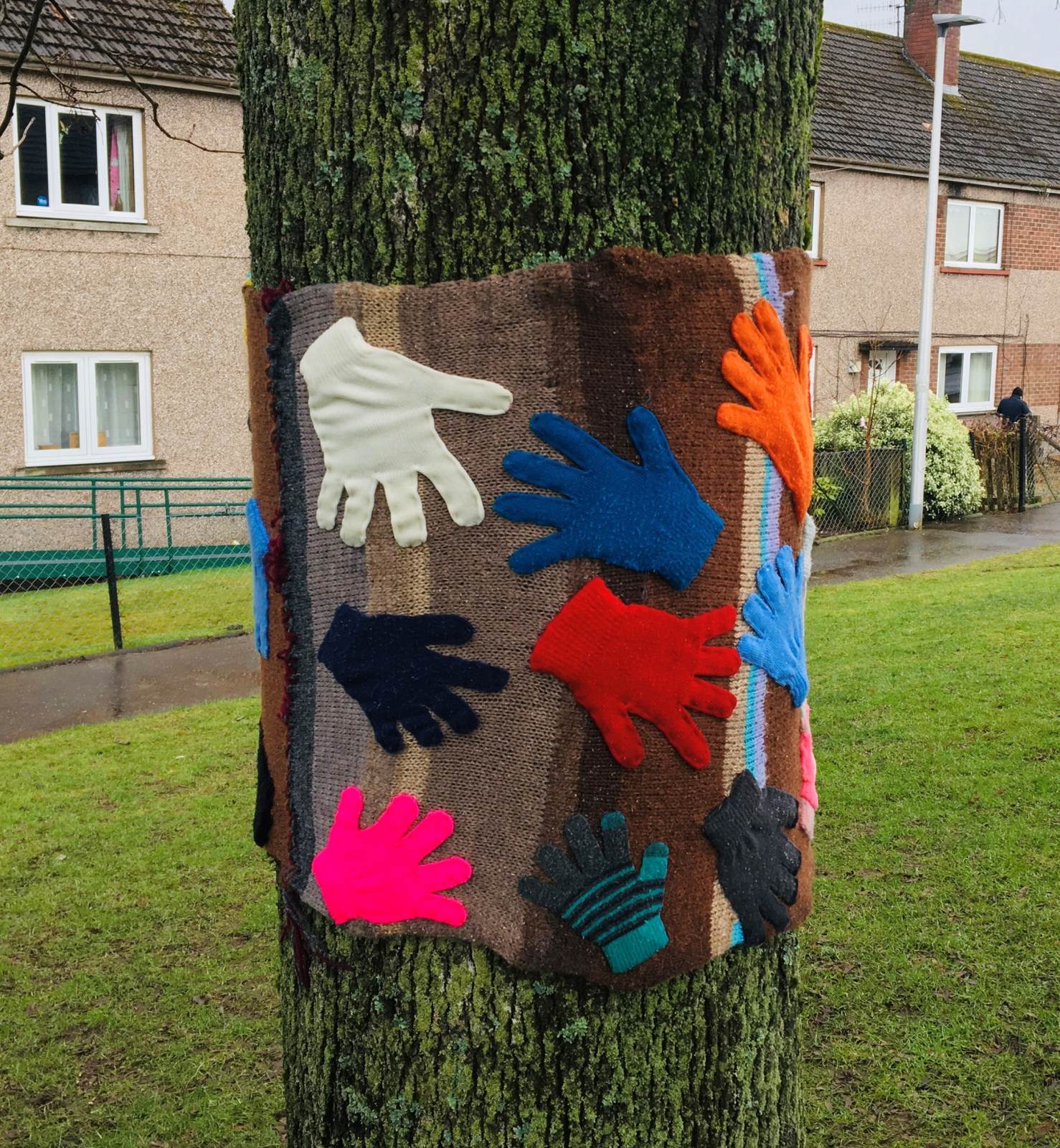 Around its roots there were painted stones, bright designs against the dark earth. 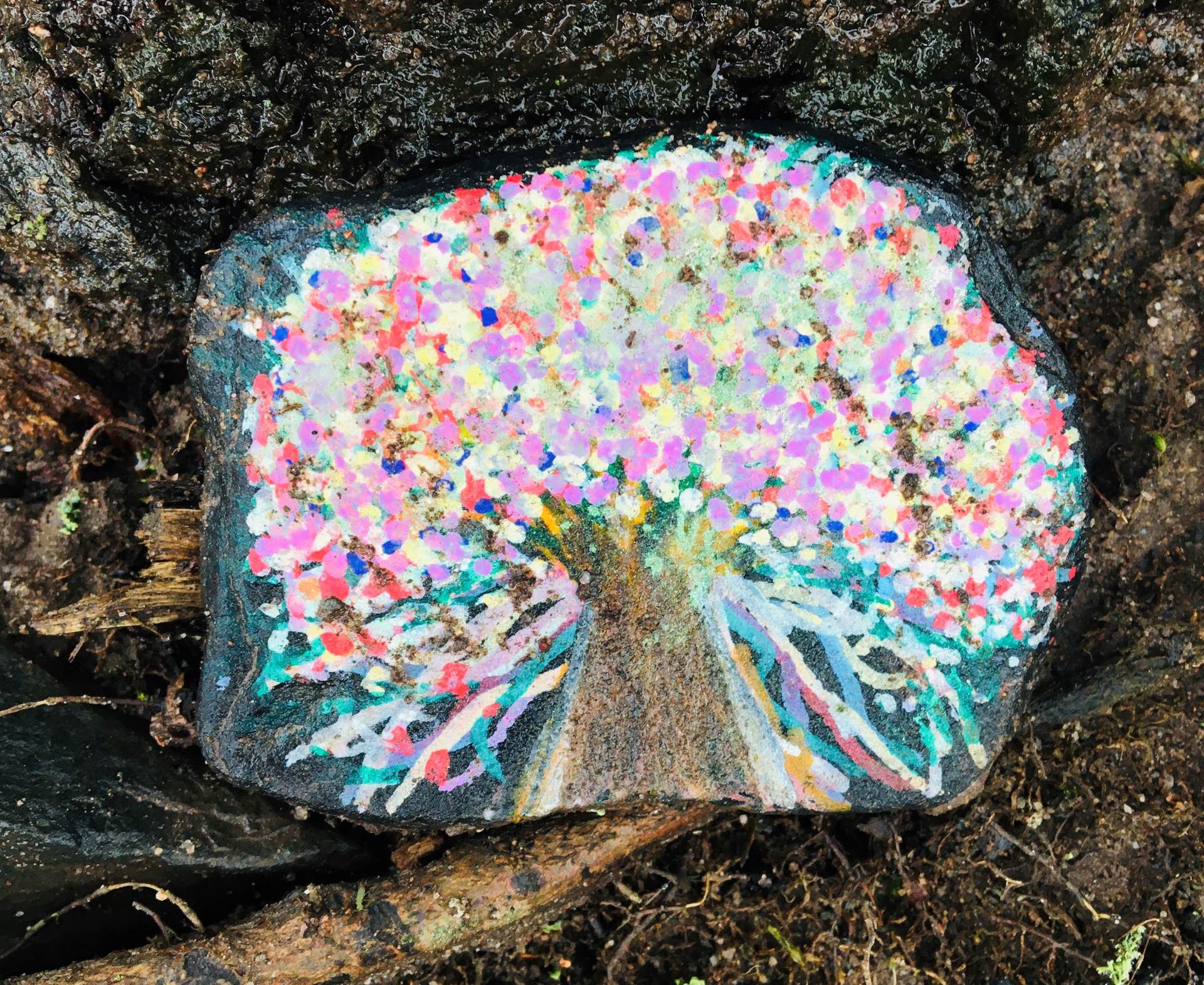 The artwork transformed the place and triggered curiosity, as we walked around the band of hands and looked at the stones.

We headed back down the hill and went our separate ways. Although Jacques and I know each other though working in the same office, we’d never had seen or heard what we did on that walk or learned as much. There’s something about walking and talking, even two metres apart.

Jacques Cockin is a social work assistant in the Perth City North team, and Emma Oram is a Learning and Development Officer, both in the Perth and Kinross Health and Social Care Partnership